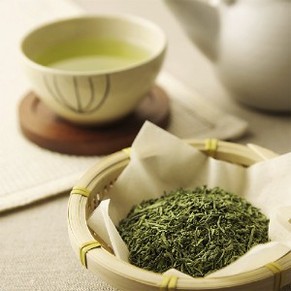 Green tea has been somewhat of staple in Japanese food culture. One would always see people sipping them in hot or cold form with a Japanese main dish in restaurants nowadays as a common sight. However, Japanese green tea did not first existed.

Japanese tea was recorded to have originated from China, brought back by Buddhist monks Saicho (A.D 805) and Kukai (A.D. 806). A monk named Eisai almost a few centuries after spreading the concept of drinking tea for health. It would take decades before one of the first tea trees started surfacing from yet another Buddhist monk named Kohken. The “tea movement” pioneered from monks.

Eisai may have been the one to popularize the idea of medicinal benefits from green tea, but the Zen Buddhism custom of ‘tea ceremonies’ or ‘wabi cha’ came from Sen No Rikyu, a tea master from Sakai. Before Rikyu’s influence, tea was seen as something of vanity and grandeur, this being supported by how the circle became more about exhibition of arts and high price teas. During his time, he served under Shogun Oda Nobunaga and later Shogun Toyotomi Hideyoshi. Under this shogunate’s reign, he was seen as an aide specializing in tea ceremonies. His idea of tea was as simplistic to its nature: we brew the tea and drink it. This was solemn in nature alike Buddhism’s idea of isolation from worldly affairs, contemplating in nothingness. This contributes to the idea of ‘cleansing’ oneself during a tea ceremony and taking in nature’s beauty.


In the world today, tea has taken a different route from it's traditional brewing and serving – due to industrialization, teas become mass-produced in instant forms and in cans rather than being patiently prepared with a teapot. People of modern generation has also added their own twist of tea, mixing tea with milk as a blended drink and sometimes commercializing tea with peculiar artificial flavoring like the Oishi brand bottled green teas in Thailand. Even with this rather uneasy image of tainted traditions, people still enjoy Japanese tea the way it was meant to be.