A Brief History of Japanese Cuisine 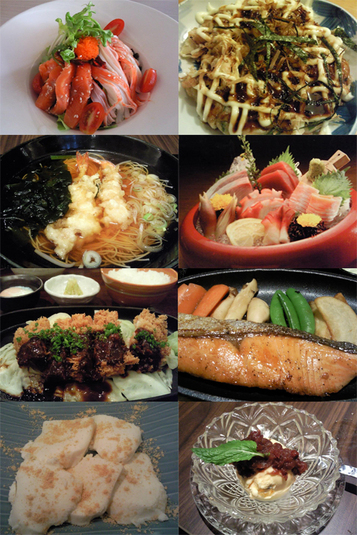 Source: Papol Dhutikraikriang
Japanese cuisine has been around for over two thousand years with strong impacts from both China and Korea. But it has only been a few centuries since all the impacts have come to form what now known as Japanese cuisine.

Rice from Korea was one of the major impacts that have become the primary food of Japan in just around a century after 400 B.C. Later, rice came to be used in not only for eating but also to produce paper, wine and so on. While rice came from Korea, soybeans and wheat initiated from China and became an essential part of Japanese cooking.

Milk and other dairy products have failed to enjoy the same popularity in Europe as they do in Japan. The only Japanese dairy product known to history was produced between the eighth and fourteenth centuries. Cattle were often raised only for drawing carts or plowing fields. To utilize them for meat or even for milk was, until relatively recently, a long-forgotten practice.

The lack of meat products also minimized spice utilization. Pepper and cloves were known from the eighth century and were imported either via China or directly from Southeast Asia, and garlic was also grown on a small scale. But these spices were used mainly to make medicines and cosmetics.

In the absence of meat, fish was a significant substitute and as an island nation, this source of food was abundant and has influenced many of today’s most famous dishes. However, before the introduction of modern delivery systems, the difficulty of preserving and transporting fresh marine fish minimized consumption in inland areas where freshwater fish were commonly eaten instead.

Preserving fish also became popular and sushi originated as a means of preserving fish by fermenting it in boiled rice. Fish that are salted and placed in rice are preserved by lactic acid fermentation, which prevents proliferation of the bacteria that bring about putrefaction. This older type of sushi is still produced in the areas surrounding Lake Biwa in western Japan, and similar types are also known in Korea, southwestern China, and Southeast Asia. In fact, the technique first originated in a preservation process developed for freshwater fish caught in the Mekong River and is thought to have diffused to Japan along with the rice cultivation.

Today, Japanese cuisine is still heavily influenced by the four seasons and geography. Seafood and vegetables are most commonly eaten. Whilst to some westerners, the food may seem almost bland, freshness, presentation and balance of flavors is of paramount importance.