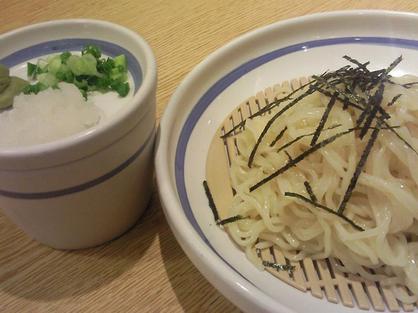 Source: Papol Dhutikraikriang
Soba noodles are thin Japanese noodles generally made from buckwheat flour (sobako) and sometimes are mixed together with wheat flour. This traditional Japanese noodle dish has a long history in Japan. Buckwheat or Soba is a type of honey plant which originated in China and was cultivated and consumed by the Chinese as early as 4000 B.C. Buckwheat made its first appearance in Japan in 722 AD during the Nara period (710-784 AD) and it was widely consumed by the common people. However, buckwheat in noodle form which is now simply called as Soba was introduced to the Japanese much later on by a Korean monk during the Edo period (1603–1867 AD) which is also known as the Tokugawa period, after which the consumption of Soba noodles became a widespread in Japan.

The Japanese also has a popular custom of eating Toshikoshi soba or Year-End soba that symbolizes the year’s passing. Although centuries may have already passed, Soba noodles popularity never falters as it’s still a traditional noodle dish enjoyed by the Japanese in this modern day.

Soba can be served either hot or cold. Hot soba also known as kake soba are served in a soy based broth called sobajiru (蕎麦汁) while cold soba are served together with a dipping sauce called sobatsuyu (そばつゆ). Cold soba is the traditional style of serving soba and it is much older compares to kake soba style. Soba are also enjoyed together with Soba-cha, a tea made from buckwheat that goes well with soba and sometimes with Soba-yu, which is the hot water where soba is boiled in.

There are various types of soba noodle that differs in mixture and the way they are prepared as there are many types of soba restaurants that exists in Japan. The famous ones would be the Sarashina soba (更科蕎麦) and Inaka soba (いなか蕎麦). These two types of soba are made from grinded buckwheat or soba seeds. Before grinding the seeds, the hulls are usually removed. The first grinding of soba seeds produce a white powder called Ichibanko and it is what Sarashina soba are made from. Sarashina soba has a light color and subtle soba flavor compares to other types of soba noodles. Inaka soba has strong soba flavor and are dark in color since it is made from buckwheat seeds that still have their hull attached. Aside from these two well known types of soba, there are also the Hikigurumi soba, Juwari soba, Nihachi soba and a lot more.